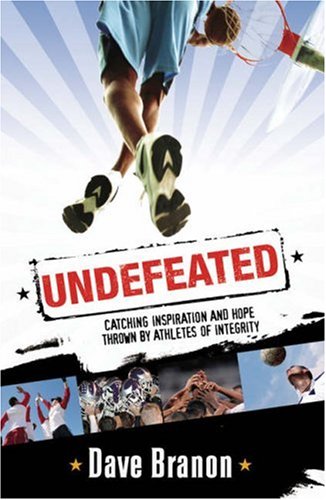 Finding Faith in a Dishonest World Curt Schilling. Laura Wilkinson. Shaun Alexander. These athletes have something in common, but what is it? They’ve all excelled at their sport—gone above and beyond what many of their peer competitors have done. But their goal to be number one is not the only thing tying these athletes together. They all believe that God is the reason for their success, and they’re not shy about admitting it. Many sports figures today are too concerned with being on top—no matter what it takes to get there. Drug abuse, inappropriate behavior, and greed run rampant in the world of sports.

It takes a lot of faith to stand strong in a world where you’re criticized for doing the right thing. Dave Branon acknowledges dozens of sports figures who know they’re not in this world alone. Each of these athletes has made a firm decision to stand for what is right in a world gone wrong—they really are the Undefeated ones.