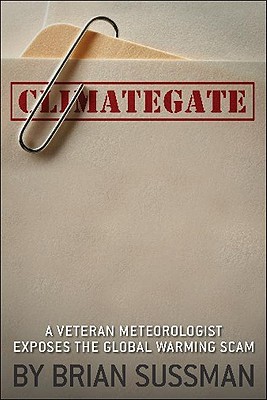 Climategate is a godsend for anyone who has ever expressed skepticism about the environmentalist that claim that the Earth is in peril because of mankind’s appetite for carbon-based fuels.

By tracing the origins of the current climate scare, Sussman guides the reader from the diabolical minds of Marx and Engels in the 1800s, to the global governance machinations of the United Nations today. Climategate is a call to action, warning Americans that their future is being undermined by a phony pseudo-science aimed at altering every aspect of life in the United States and the world.