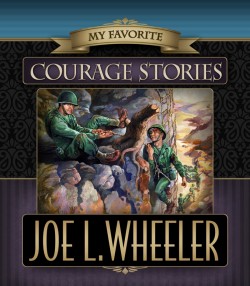 The area at the top of the cliff was covered with wounded men, conscious and unconscious. Desmond chose one of the men who seemed to be the most seriously injured. He slipped one of the man’s legs through one of the loops of his bowline and the other leg through the other loop. Now, holding on to the end of the rope, he gently rolled the wounded man over the edge of the cliff and, using the friction of the loop around the tree as a brake, let him down to the ground beneath.

In that way, working alone, the only able-bodied man on the entire hilltop, Desmond lowered one man after another to safety. He was partially protected by the slope and the rock wall, but as it was necessary for him to remain standing during several steps of the complete procedure, his head and shoulders were often exposed. Why did Japanese bullets not seek him out? Again Desmond accepted it as the beneficent will of his God.

Desmond remained on top of the cliff until he had lowered every wounded man to safety. During this five-hour ordeal, again and again, Doss prayed, “Just one more, Lord.” The official record would go on to state that 75 men had been saved by Desmond Doss, although it was likely closer to 100.

Read this amazing story of courage and many more in Joe L. Wheeler’s, My Favorite Courage Stories.