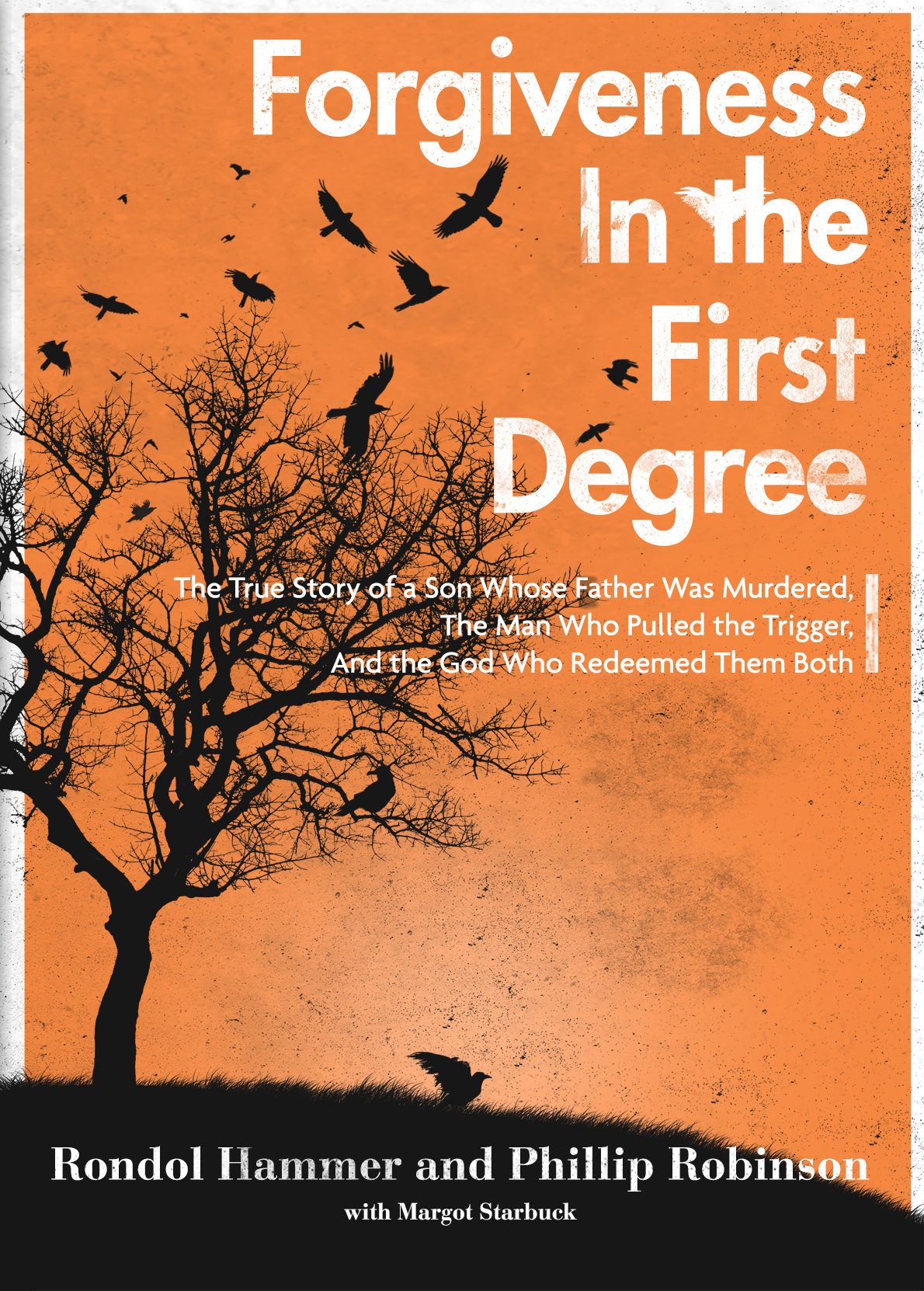 Forgiveness in the First Degree

The gun was never supposed to go off. When a drug dealer assured twenty-nine-year-old Ron Hammer and his brother-in-law that they could make some quick easy money, they were intrigued. He promised them that when a local grocer delivered a bag of money to his store to cash Friday paychecks, they only needed to show him a gun and he d hand over the bag. But high on meth and dulled by liquor, they ended up in a scuffle with their target, and the gun accidentally fired. And when Phillip Robinson rushed from the shelves he d been stocking to investigate the commotion at the front of the store, he saw his father lying on the sidewalk, dying. The lives of Ron Hammer and Phillip Robinson, whose paths should only have ever crossed at the grocery checkout line, became inextricably linked by one foolish decision that would shatter a web of lives. Over three decades the two men came to discover not only that they both needed to be set free, but that in God s unlikely economy of redemption their liberation was bound up with one another. Like the famous prodigal son and his dutiful older brother, the moving story of Phillip Robinson and Rondol Hammer reveals how two men wrestling with law and grace discover unlikely redemption. Forgiveness in the First Degree offers hope to all who need for God s gracious mercy to work its way from their head to their hearts