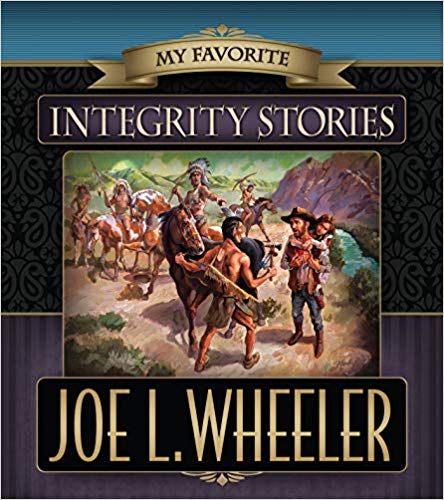 She lay for three days among the willows, beside a stream to which she had crept. She had been shot through the arm with an arrow, and the shaft was still in the wound. On the third day Patrick Brice an Irish miner, passed by and, hearing the sound of moaning, soon found the child, who in her terror mistook him for an Indian and attempted to escape. Weak from her wounds and exhausted from hunger, she reeled a few steps and fell… As the moon rose, he put his burden on his back and set out up the winding trail. All night he trudged along, stopping only at a spring to bathe her wounds and allay her feverish thirst. At sunrise he hid in a dense clump of bushes. Several times bands of Indians passed near without discovering them. As Brice at length caught sight of the little town in the distance, he was congratulating himself that he should reach it in safety, when his heart sank at the sight of fifty mounted Indians charging down upon him. Brice spread his arms in the peace sign. When they were close, the chief, Mox Mox, rode ahead and spoke to him. Brice could speak a little of the Indian tongue. “What do you want?” he asked. “We want you,” the chief replied. “In the many months that went into the search for these integrity stories, I gained a new understanding of the differences between integrity and honesty. For me, scanning through several hundred thousand pages of stories proved to be a seismic experience.” ~ JOE L. WHEELER