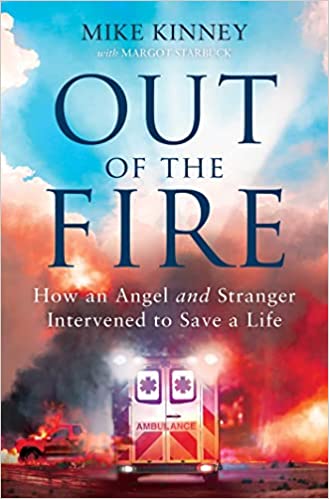 Out of the Fire: How an Angel and a Stranger Intervened to Save a Life

When his truck slammed into a telephone pole and burst into flames, the seventeen-year-old became pinned in the driver seat. Moments before the vehicle was consumed by fire, Mike was pulled from the burning wreckage of twisted metal as his body burned. After his guitar was incinerated in the blaze, Pete Townsend from The Who, a musical inspiration, sent him a new guitar, offering, “This is the Phoenix.”

In the wake of his Phoenix moment of rising from the ashes, Mike wanted to believe that his life had been saved for a unique purpose. But along the way—through a brutally painful physical recovery, learning to live with a brain injury, and eventually several vocational disappointments—that purpose to which he believed God had called him seemed in jeopardy. Determined, though, Mike pressed on.

Mike Kinney’s life was saved by God from the flames for a unique purpose, and Out of the Fire invites readers to live out the purpose God has for their lives—even when, and especially when, that purpose seems to be in jeopardy.