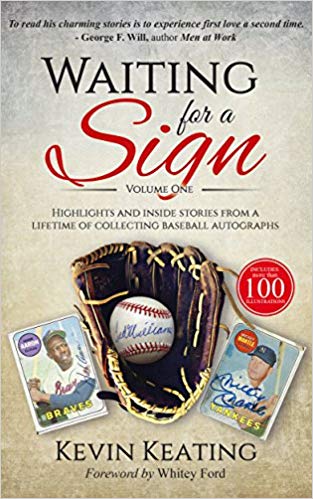 If you love baseball and its history, then Waiting for a Sign will be a page-turner you can’t put down. Kevin Keating spent his youth collecting autographs from some of the biggest stars baseball has ever produced. Along the way, he befriended many of the most familiar names in the history of sports. Because of his own affable personality and passion for the game that made his heroes legends, Keating collected not just autographs, but behind-the-scenes stories that are must-reads for any baseball fan. In this first volume, you’ll read about Ted Williams, Hank Aaron, Yogi Berra, Rod Carew, Joe DiMaggio, Whitey Ford, Mickey Mantle, Stan Musial, Roger Maris, Johnny Mize, Joe McCarthy, and many others.