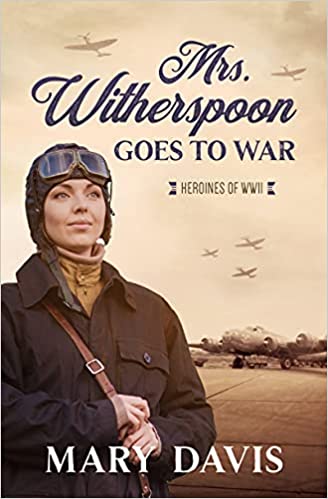 Full of intrigue, adventure, and romance, this new series celebrates the unsung heroes; the heroines of WWII. Peggy Witherspoon, a widow, mother, and pilot flying for the Women’s Airforce Service in 1944 clashes with her new reporting officer. Army Air Corp Major Howie Berg was injured in combat and is now stationed at Bolling Field in Washington D.C. Most of Peggy’s jobs are safe, predictable, and she can be home each night with her three daughters; until a cargo run to Cuba alerts her to American soldiers being held captive there, despite Cuba being an ally

Will Peggy go against orders to help the men? Even risk her own life? Don’t miss this and other stories about Heroines of WWII.
The Cryptographer’s Dilemma by Johnnie Alexander
Picture of Hope by Liz Tolsma
Saving Mrs. Roosevelt by Candice Sue Patterson.