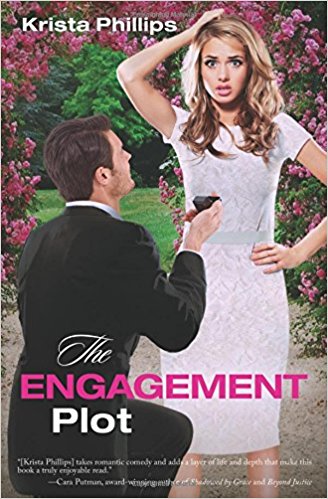 Can Hanna and Will Find True Love amid the Bright Lights of Reality TV?
Perfect for the fans of The Bachelor and The Bachelorette!

Six months ago, William stole Hanna’s heart and shattered it in front of millions of people on a reality TV dating show. And now the big-wig CEO is back on Hanna’s home turf in Minnesota and wants her to forgive him? Fat chance of that. But life is swirling around faster than snow in a blizzard, and despite her objections, teaming up with William seems like the only option to rescue her reputation.

William has never regretted anything more than the day he gave that ill-fated interview for the reality show, The Price of Love. But while he can’t change the past, he’s determined to fix the future. He just needs to convince Hanna to forgive him—and pretend to be engaged with him. Simple, right?

When the media erupts with even worse accusations, teaming up and pretending to be engaged seems to be the only way to salvage their reputations.  Despite the media frenzy that swirls around them, an attraction neither of them can fight off begins to surface. Could this love run deeper than a scandal, or will old wounds tear them apart once and for all?  When all seems lost, it’s only with help from above that Hanna and Will may find their happily-ever-after.