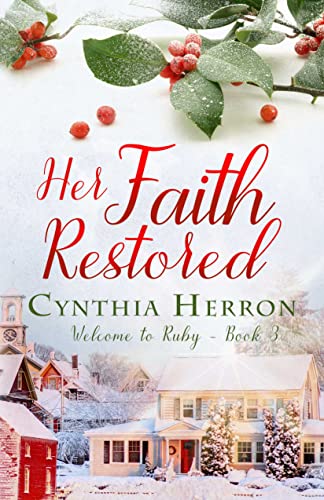 Can two polar opposites meet in the middle to achieve a winning outcome?

Sunset Meadows’ activity director Melinda Brewer has her work cut out for her. As a five-year veteran with the cutting-edge retirement community, “Mel” wears many hats. But her job is more than a title. The residents at “The Meadows” are like family—some of whom she’s known her entire life. Ruby—this little niche in the Ozark Mountains—may be a mere dot on the Missouri map, but it’s also Mel’s birthplace, the land of her heritage, reminiscent of old ways while cognizant of new seasons.

Leave it to new kid on the block Matt Perkins to upset the apple cart. When Perkins is hired as the facility’s new social worker, his idea of a well-oiled machine is to eliminate a few rusty cogs—chiefly, some of Mel’s most successful programs. Mr. City Slicker doesn’t care about making waves. He delivers a hurricane!

Matt Perkins isn’t budging. Let Mel Brewer think what she will. While he’s willing to meet the pint-size package of TNT halfway regarding new ideas and innovation, he won’t sacrifice improvement for the sake of hurt feelings. Can he convince Mel that a team approach is better than a single-handed effort?

Ironically, crabby Clinton Farley, a Meadows’ resident and devout non-believer, is the catalyst that draws Matt and Mel closer. Together, the two must set aside differences to work for a common cause—introducing Clinton to a sunnier side of life.

When they finally learn Clinton’s story, can Matt and Mel open their hearts to new opportunities, as well as each other?