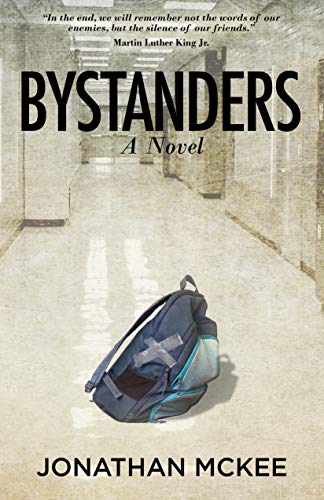 It was a day like any other at Mesa Rosa High School — except for one sophomore boy who decided to carry out unprecedented revenge on fellow students. No one would be spared. Certainly not those who mercilessly bullied him over the years, and not even those who stood by and did nothing.

All were declared guilty on this day.

The preparations took months. He emptied his college fund to purchase exactly what he needed. He had the school schedule memorized down to the minute. He even studied other school shootings to determine what went wrong so he could avoid mistakes.

But he didn’t account for intersections: The determined detective who just couldn’t just put aside a seemingly humdrum police report; the female teacher/ex-soldier who met an unexpected comrade-in-arms while the attack came inches closer to her room; the black sophomore boy from the other side of the tracks and white sophomore girl from privilege who’ve never spoken to each other until this day finds them hiding in the same maintenance closet where they work out their plan of escape — and their differences.

Bystanders is a suspenseful thrill-ride wound around compelling snapshots of characters so real and flawed and deep and heroic that the unfolding day they step into — one that none of them will ever forget — reads like it was culled from real-life newspaper accounts.