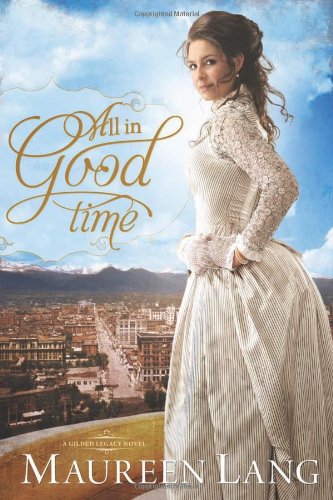 All In Good Time

Dessa Caldwell has a dream: to open Pierson House, a refuge for former prostitutes in Denver’s roughest neighborhood. But after exhausting all charitable donations, Dessa still needs a loan, and nearly every bank in town has turned her down. Her last hope hinges on the owner of Hawkins National Bank.

Henry Hawkins has a secret: though he owns the most successful bank in town, his initial capital came from three successful raids on Wells Fargo coaches. Now he’s the most eligible bachelor in Denver, but to protect his criminal past, he’s built a fortress around his heart. Not even the boldest matchmaking mother can tempt him . . . until the day Dessa Caldwell ventures into his bank requesting a loan.

Though he’s certain her proposal is a bad investment, Henry is drawn to Dessa’s passion. But that same passion drives her to make rash decisions about Pierson House . . . and about whom she can trust. One man might hold the key to the future of her mission—but he also threatens to bring Henry’s darkest secrets to light. As the walls around their hearts begin to crumble, Henry and Dessa must choose between their plans and God’s, between safety and love.