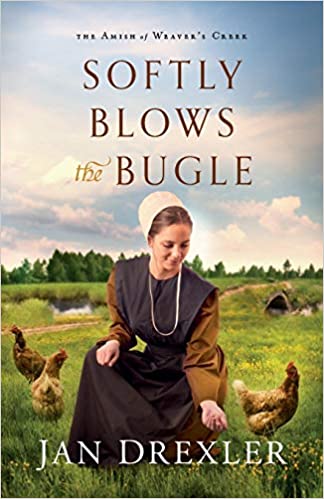 When Elizabeth Kaufman received the news of her husband’s death at the Battle of Vicksburg in 1863, she felt only relief. She determined that she would never be at the mercy of any man again, even if it meant she would never have a family of her own. Then Aaron Zook comes home with her brother when the war ends two years later.

Despite the severity of his injuries, Aaron resolves to move West and leave the pain of the past behind him. He never imagined that the Amish way of life his grandfather had rejected long ago would be so enticing. That, and a certain widow he can’t get out of his mind.

Yet, even in a simple community, life has a way of getting complicated. Aaron soon finds that while he may have left the battlefield behind, there is another fight he must win–the one for the heart of the woman he loves.
Welcome back to the Amish community at Weaver’s Creek, where the bonds of family and faith bind up the brokenhearted.