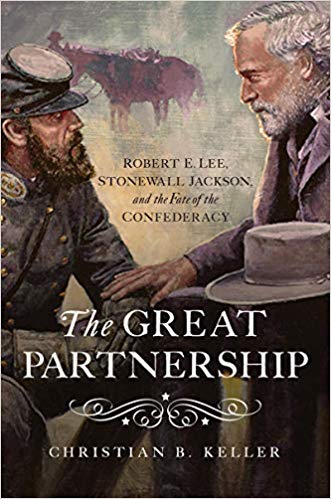 The Great Partnership: Robert E. Lee, Stonewall Jackson, and the Fate of the Confederacy

The story of the unique relationship between Lee and Jackson, two leaders who chiseled a strategic path forward against the odds and almost triumphed.

Why were Generals Lee and Jackson so successful in their partnership in trying to win the war for the South? What was it about their styles, friendship, even their faith, that cemented them together into a fighting machine that consistently won despite often overwhelming odds against them?

The Great Partnership has the power to change how we think about Confederate strategic decision-making and the value of personal relationships among senior leaders responsible for organizational survival. Those relationships in the Confederate high command were particularly critical for victory, especially the one that existed between the two great Army of Northern Virginia generals.

It has been over two decades since any author attempted a joint study of the two generals. At the very least, the book will inspire a very lively debate among the thousands of students of Civil War his- tory. At best, it will significantly revise how we evaluate Confederate strategy during the height of the war and our understanding of why, in the end, the South lost. 16 pages of B&W photographs