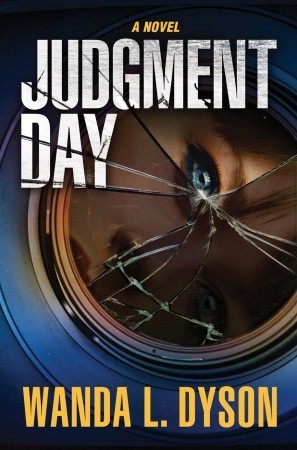 The weekly cable news show Judgment Day with Suzanne Kidwell promises to expose businessmen, religious leaders, and politicians for the lies they tell. Suzanne positions herself as a champion of ethics and morality with a backbone of steel—until a revelation of her shoddy investigation tactics and creative fact embellishing put her in hot water with her employers, putting her credibility in question and threatening her professional ambitions..

Bitter and angry, Suzanne returns home one day to find an entrepreneur she is investigating, John Edward Sterling, unconscious on her living room floor. Before the night is over, Sterling is dead, she has his blood on her hands, and the police are arresting her for murder. She needs help to prove her innocence, but her only hope, private investigator Marcus Crisp, is also her ex-fiancé–the man she betrayed in college.

Marcus and his partner Alexandria Fisher-Hawthorne reluctantly agree to take the case, but they won’t cut Suzanne any slack. Exposing her lack of ethics and the lives she’s destroyed in her fight for ratings does little to make them think Suzanne is innocent. But as Marcus digs into the mire of secrets surrounding her enemies, he unveils an alliance well-worth killing for. Now all he has to do is keep Suzanne and Alex alive long enough to prove it.