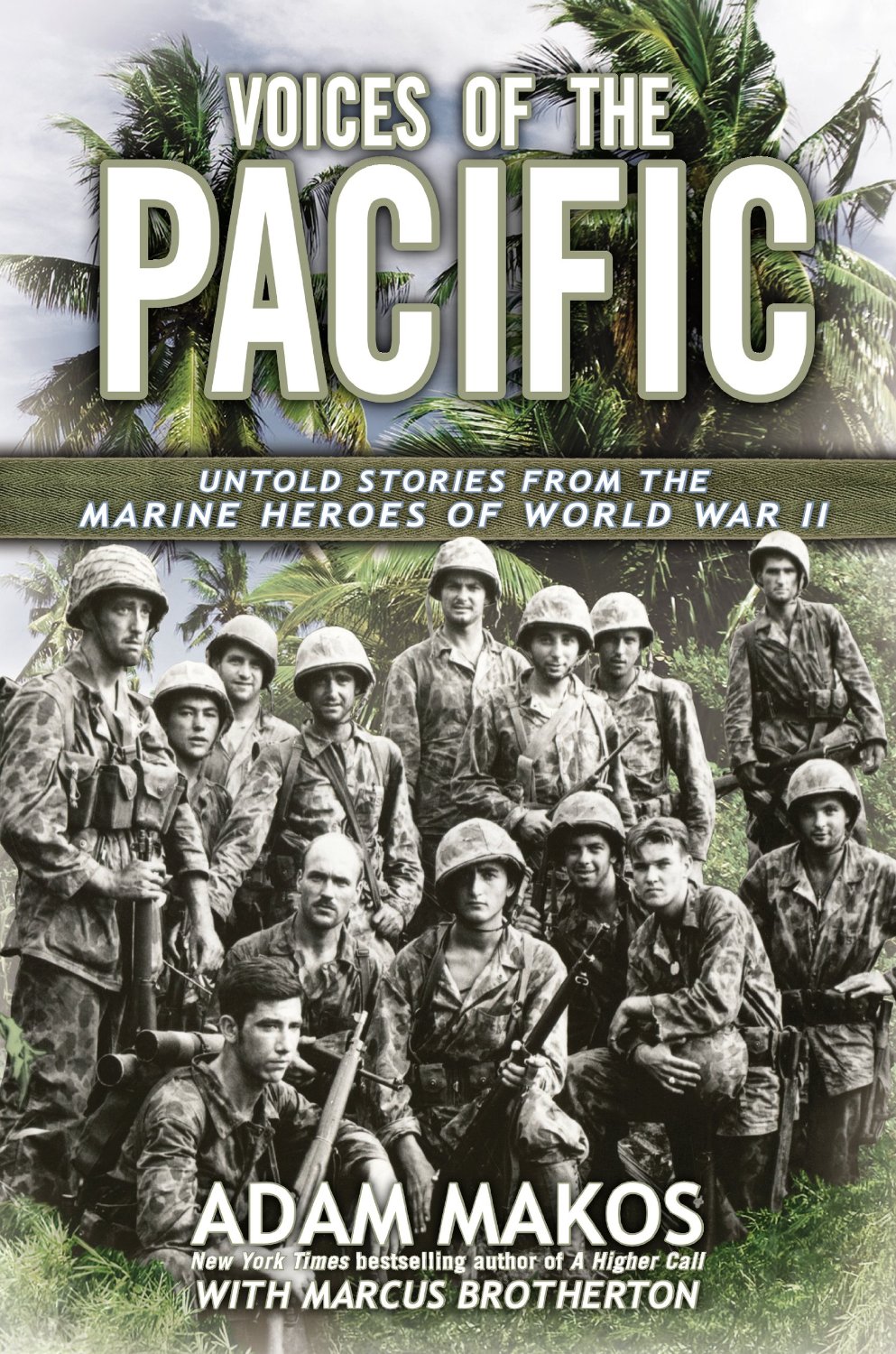 Voices Of The Pacific

These are the stories from fifteen WWII Marines, compiled by Adam Makos and Marcus Brotherton but left unfiltered and in the words of the Marines who were there. Unflinching, brutal, and relentless, Voices of the Pacific will leave a reader gasping for air and dumbstruck in awe of the old heroes who won the Pacific war with bare hands, bayonets, and guts.

The book presents accounts of heroism and honor as told by World War II veterans Sid Phillips, R.V. Burgin, and Chuck Tatum—whose exploits were featured in the HBO mini-series The Pacific—and their Marine buddies from the legendary 1st Marine Division.

These Marines trace the action from the Pearl Harbor attack and intense boot camp training through battles with the Japanese on Guadalcanal, Cape Gloucester, Peleliu, and Okinawa, to their return home after V-J Day. With unflinching honesty, these men reveal harrowing accounts of combat with an implacable enemy, the friendships and camaraderie they found—and lost—and the aftermath of the war’s impact on their lives.

With unprecedented access to the veterans, never-before-seen photographs, and unpublished memoirs, Makos and Brotherton have forged Voices of the Pacific into an incredible historic record of American bravery and sacrifice.