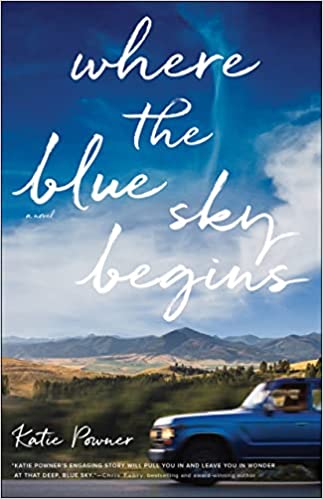 Where the Blue Sky Begins

Sometimes the hardest road of all is the road home.

When confident and handsome Eric Larson is sent to a rural Montana town to work in the local branch of his uncle’s financial company, he’s determined to exceed everyone’s expectations, earn a promotion, and be back in Seattle by the end of summer. Yet nothing could prepare him for the lessons this small town has in store.

At forty-six years old, eccentric and outspoken Eunice Parker has come to accept her terminal illness and has given herself one final goal: seek forgiveness from everyone on her bucket list before her time runs out. But it will take more courage than she can muster on her own.

After an accident pushes Eric and Eunice together, the unlikely pair is forced to spend more time with each other than either would like, which challenges their deepest prejudices and beliefs. As summer draws to a close, neither Eric nor Eunice is where they thought they would be, but they both wrestle with the same important question: What matters most when the end is near?