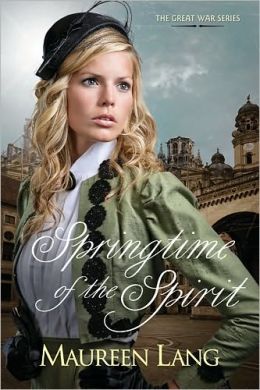 Springtime Of The Spirit

By the fall of 1918, the Great War has ended and the world is at peace, but there is little to celebrate in Germany. After four years of fighting for his homeland, Christophe Brecht returns to find there is little left of what he once called home. So when family friends ask him to travel to Munich to bring back their runaway daughter, Christophe agrees. When he finally locates Annaliese Duray, he discovers she is far different from the girl he once knew. Headstrong, idealistic, and beautiful, she is on the front lines of the city’s political scene, fighting to give women and working-class citizens a voice in Germany’s new government. As the political upheaval ignites in Munich, so does the attraction between Annaliese and Christophe.

With an army from Berlin threatening to squash everything Annaliese has worked for, both she and Christophe are forced to choose between love and loyalty.