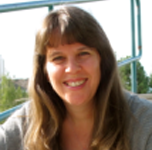 Mary Davis is an award-winning author of a dozen novels (both historical and contemporary), four novellas, two compilations, and three short stories.

Mary is a member of American Christian Fiction Writers, is the president of her local ACFW chapter, and leads two critique groups. Mary ranked 5th among the favorite authors in the 14th Annual Heartsong Presents Awards. She won ACFW’s Book of the Year award in 2008 for her historical novella and has finaled twice more.

She is a member of American Christian Fiction Writers, is the president of her local ACFW chapter, and is active in two critique groups. She won ACFW’s Carol Book of the Year award in 2008 for her historical novella, “Love Notes”. She is also the author of Titanic: Voyage of Intent, a Christmas novella released in September 2012 from Barbour called “A Carpenter Christmas” in A Cascade Christmas, and several other novellas.

She enjoys walking, being with her family, playing board and card games, rain, and cats. She would enjoy gardening if she didn’t have a black thumb. Her hobbies are quilting, porcelain doll making, sewing, crafts, crocheting, and knitting. She enjoys going into schools and talking to kids about writing. She loves creativity in various forms.