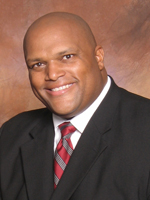 He is also the leader of a Global Human Rights Movement throughout Africa and Latin America. Awarded the Martin Luther King Leadership Award for his work developing the hears, hearts, hands and habits of third world leaders to transform their nations from chaos to collaboration. Countries like Korea, Singapore, Kenya, Colombia and India credit him for his work in their countries to build improved schools, clinics, business models and governments reforms.

Ron Archer is a gifted communicator, a spellbinding speaker, and a force to be reckoned with when he stands behind a podium. His rich, baritone voice—reminiscent of actor James Earl Jones—commands you to listen. The former vice president of the S.C. Johnson Wax Co. called him the “Martin Luther King, Jr. of the corporate world who challenges the very soul of a company to be transformed.”