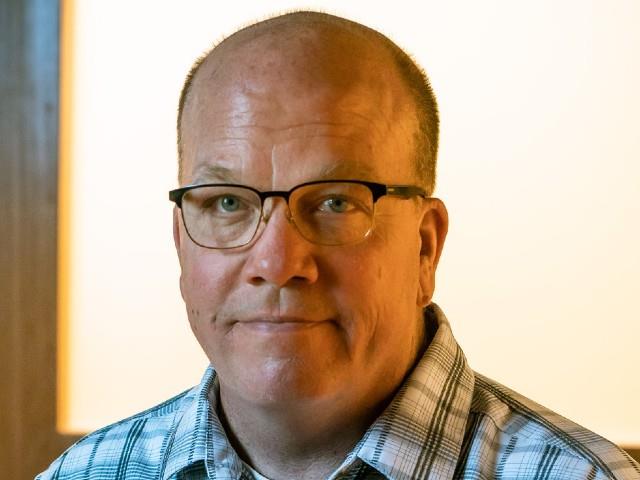 Bryan has been married to Patti since 1981 and has three daughters. Bryan and Patti live on an acreage where he enjoys fishing, horses, blacksmithing, welding, restorations, leatherwork and playing the cello.

Bryan graduated from Moody Bible Institute in 1980 and attended the University of Nebraska. He graduated from Talbot Seminary with a Master of Arts in Education, a Master of Divinity equivalency, and Doctor of Ministry from Denver Seminary.

Bryan has been a featured speaker at Moody Bible’s Founder’s week as well as various conferences and retreats both here in the states and overseas. He served as the Bible teacher for Back to the Bible for one year and is currently doing a podcast with Dan Whitney (Larry the Cable Guy) called Talk’n Truth.  He has written for various organizations and publications such as Back to the Bible, Haven of Rest Ministries, AWANA Pathway, and Leadership Journal.

Bryan has served as a Senior Pastor for nearly four decades. He has been at Lincoln Berean since 1993. In August of 2021 Bryan transitioned to the role Senior Pastor Emeritus. In this new role Bryan continues to be involved in pastoral ministry, including serving as part of the preaching team, but is no longer part of the senior leadership team.

Here are some links to his website, podcast, and blog (the last two which are also found on his webpage). He’s not big into social media but I would be happy to start something up for him if you think that would be good/helpful!

WEBSITEBLOG
BOOKS BY THIS AUTHOR