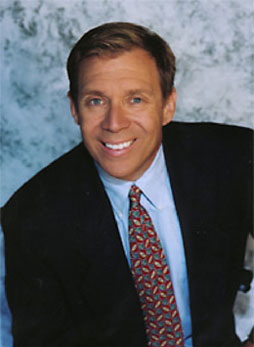 Brian Sussman’s broadcasting career began many years ago while he was attending the University of Missouri. Somehow he talked Bill Weaver, the wonderful station manager at KFRU-AM in Columbia, into letting him host overnight, from 1:00 to 5:00 a.m. Amazingly, upon graduation, that job led him to accepting a position managing the newsroom at KCBJ-TV (now KMIZ-TV), also in Columbia. He was the nation’s youngest television News Director with a promising future, but soon realized he was really more cut out to be in front of the camera, rather than behind the scenes.

Brian’s TV career expanded into specializing in weather and the environment and led to post-graduate studies in meteorology. Television allowed him to work and live in wonderful places like Reno, Pittsburgh, and eventually back to his beloved home state of California, where he was the main weather guy at KNTV and KPIX. He was humbled to have received numerous Emmy Awards, Associated Press Awards and Radio and Television News Director’s trophies for “Best Weathercast.” The National Education Association also awarded him a distinguished service honor for elementary education. In addition to all this, for several years in the 1990s he was lucky enough to hold the post of “fill-in” weatherguy on the nationally broadcast CBS Morning Show with Harry Smith.”

Brian left KPIX in 2001 after the adoption of his youngest son and launched several successful small businesses. In 2003 KSFO radio in San Francisco hired him to perform a two-hour evening talk show. In February of 2010 he was promoted to host the station’s popular morning show.

Brian is the author of the bestselling ClimateGate: A Veteran Meteorologist Exposes the Global Warming Scam, and Eco-Tyranny: How the Left’s Green Agenda will Dismantle America.