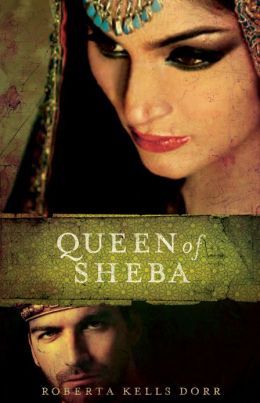 In Queen of Sheba, Roberta Kells Dorr has woven historical and archaeological research with age-old legend to create a riveting tale of ancient plots and passions.

This stirring and epic account of a pagan queen’s search for truth and love paints a captivating portrait of a woman struggling with her passions and responsibilities while it brings to life the ancient Middle East. Dorr tells of a beautiful, intelligent, and independent queen who constantly battles the priests and high lords of her kingdom who resent being ruled by a woman. Bilqis, the queen of Sheba, is a woman as modern as her story is ancient.

Disillusioned by her own religion, under pressure to marry but finding no suitor who meets her own high standards, and disturbed by the effect of Solomon’s new fleet of ships on Sheba’s precious trade routes, Bilqis travels to Israel to meet the legendary Hebrew king and divert a needless and costly war.

Bilqis is a woman who longs for love but is reluctant to forsake her independence, aware that she has much to lose if she makes the wrong choice. In Solomon, to her surprise, she finds both love and a new faith – the covenant between man and woman and the covenant between humanity and God. But she is still too independent to let anyone become close to her. Also, she must return to rule her own people. How Solomon finally wins her, and how this beautiful queen resolves the conflicts among herself, her old religion, and the intrigues of her kinsmen, make The Queen of Sheba an exciting, bold novel of love and faith.