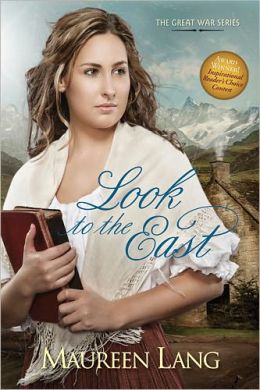 Look To The East

At the dawn of the First World War, the French provincial village of Briecourt is isolated from the battles, but the century-old feud between the Toussaints and the de Colvilles still rages in the streets. When the German army sweeps in to occupy the town, families on both sides of the feud must work together to protect stragglers caught behind enemy lines. Julitte Toussaint may have been adopted from a faraway island, but she feels the scorn of the de Colvilles as much as anyone born a Toussaint.

So when she falls in love with one of the stragglers—a wealthy and handsome Belgian entrepreneur—she knows she’s playing with fire. Charles Lassone hides in the cellar of the Briecourt church, safe from the Germans for the moment. But if he’s discovered, it will bring danger to the entire village and could cost Charles his life. First in a three-book series.