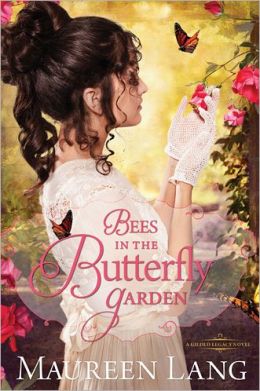 Bees In The Butterfly Garden

Raised in an exclusive boarding school among Fifth Avenue’s finest, Meg Davenport has all she’s ever needed . . . but none of the things she’s wanted most, like family, or dreams of a future that includes anything other than finding a suitable match. So when her distant father dies, she seizes the chance to throw etiquette aside and do as she pleases. Especially when she learns that John Davenport wasn’t the wealthy businessman she thought, but one of the Gilded Age’s most talented thieves.

Poised to lead those loyal to Meg’s father, Ian Maguire knows the last thing his mentor would have wanted is for his beloved daughter to follow in his footsteps. Yet Meg is determined, and her connections to one of New York’s wealthiest families could help Ian pull off his biggest heist yet. But are they both in over their heads? And in trying to gain everything, will they end up losing it all?