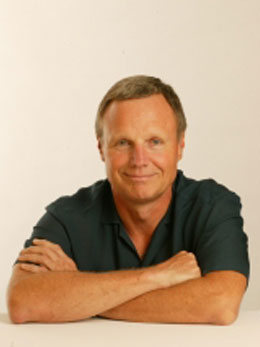 Stephen Arterburn is the founder and chairman of New Life Ministries –– the nation’s largest faith-based broadcast, counseling and treatment ministry –– and is the host of the nationally syndicated “New Life Live!” daily radio program heard on over 180 radio stations nationwide. Steve is also the founder of the Women of Faith conferences attended by over 3,000,000 women.

Steve is a nationally known public speaker and has been featured in national media venues such as “Oprah”, “Inside Edition,” “Good Morning America,” “CNN Life,” New York Times, USA Today and US News & World Report. In August 2000, Steve was inducted into the National Speakers Association’s Hall of Fame.

As a best-selling author, Steve has written over 60 books, including the two-million copy selling Every Man’s series and his most recent book, Healing Is a Choice. He has been nominated for numerous writing awards and won three Gold Medallion awards for writing excellence.