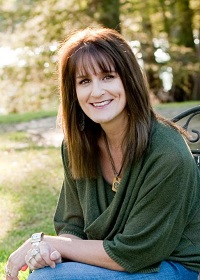 Shellie enjoys entertaining and encouraging a wide range of audiences. Whether sharing her humorous slant on growing up southern in civic and educational settings, giving cooking demonstrations, or offering inspiring thoughts in church retreats and ladies’ seminars, Shellie’s talks are always full of laughs and motivation.

Shellie and her husband, Phil, live in Lake Providence, Louisiana. They have two children and five grandchildren. Shellie is the author of “Lessons Learned on Bull Run Road”, “‘Twas the Night before the Very First Christmas”,”Southern Comfort with Shellie Rushing Tomlinson” and the Penguin Group USA release, “Suck Your Stomach In and Put Some Color On”, voted Nonfiction Finalist of 2009 by SIBA, the SIBA Independent Booksellers Alliance. “Sue Ellen’s Girl Ain’t Fat, She Just Weighs Heavy!” was released May 2011 and has subsequently been nominated for the same Nonfiction Book of the Year by SIBA for 2012. Jeff Foxworthy endorsed Shellie’s last humor book, calling her, “Laugh out loud funny!”

Shellie’s first book in the faith market,  “Heart Wide Open” was released through Random/Waterbrook March 18th, 2014. Korie and Missy Robertson of A&E’s Duck Dynasty say it will draw readers closer to God. In October 2016 Barbor Publishing released her storytelling cookbook, “Hungry is a Mighty Fine Sauce!” The companion devotional, Devotions for the Hungry Heart” hit shelves January 1st, 2018. Shellie is owner and publisher of All Things Southern and the host of a weekly radio talk show and daily radio segments by the same name.  The show streams LIVE and podcasts are available so everyone can join Shellie’s southern celebration!

When she isn’t playing with grandchildren, writing, speaking, taping her show, answering email or writing content for the next deadline, you can find her playing with her beloved labs, Beaux and Hank.