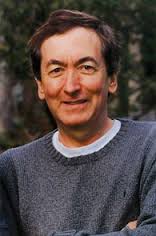 Sandy Silverthorne has been writing and illustrating books since 1988 and currently has over 500,000 copies in print. His award-winning Great Bible Adventure children’s series with Harvest House sold over 170,000 copies and was distributed in eight languages worldwide. He’s written and illustrated over thirty books and has worked with such diverse clients as Universal Studios Tour, Doubleday Publishers, Zondervan, Penguin Publishing, The Charlotte Hornets and The Academy of Television Arts and Sciences. Sandy has worked as a Tour Guide at Universal Studios, an actor, a cartoonist, author, comedian and pastor. Apparently he has a short attention span. He’s got a youthful, off-the-wall style that brings humor and insight into his communication, and he’s a popular speaker at Kids’ Camps, churches and schools. Sandy and his wife Vicki live in the Northwest with their daughter.