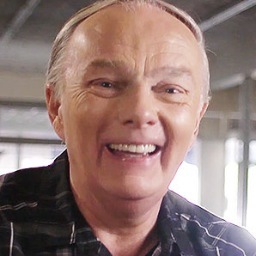 Ron Hutchcraft is an impassioned contemporary evangelist, speaker, author, and radio host. As President of Ron Hutchcraft Ministries, Ron and his team specialize in developing authentic, relevant, and creative tools to, as Ron says, “Bring the lost to the Cross.” Ron is committed to communicating the Gospel of Jesus Christ to the lost in their language and to motivating and equipping believers to communicate Christ to the lost in their world.

He has hosted two international youth radio broadcasts and has authored eight books.  His latest book, A Life That Matters: Making the Greatest Possible Difference with the Rest of Your Life (Moody Press), is designed to equip everyday believers to become spiritual rescuers.

For over 25 years, Ron has been a part of people’s daily lives through his popular radio program. “A Word With You,” heard across the country and broadcast internationally in the five most-spoken languages in the world.

Ron is the co-founder of “On Eagles’ Wings,” an outreach and leadership development program for Native American and First Nations young people. He has traveled with and helped shepherd Native-led “On Eagles’ Wings” teams that have brought hope to over 100 Native communities. He is also the founder of the Warrior Leadership Summit conference, which annually brings together young people from almost 100 Indian nations. In addition, the “On Eagles’ Wings” Warrior Scholarship Fund has helped many Native young people go to college to train for spiritual leadership among their people.

Ron has been a popular speaker for major events and conferences in North America, Africa, South America and Asia and has spent his entire life working cross-culturally with young people. At Billy Graham Schools of Evangelism and other conferences, Ron has trained tens of thousands of Christian leaders in how to be spiritual rescuers in our rapidly-changing culture.

Ron is looked to as a “Spiritual Rescue Coach.” Ron comes alongside Christian ministries, organizations, and leaders, and provides both the “want to” and the “how to” for using their influence for maximum evangelistic impact. “Movements of rescue” have been and continue to be developed through Christian business leaders, Christian Radio broadcasters, church leaders, and more.

Rev. Hutchcraft served as the Chairman of the 1991 Northern New Jersey Billy Graham Crusade, and frequently spoke at Billy Graham Evangelistic Association pre-Crusade youth events and Schools of Evangelism. He continues to speak regularly at the Billy Graham Training Center at the Cove.  Ron was honored as Moody Bible Institute’s Alumnus of the Year for 1997.

Ron has worked alongside his late wife and life-long ministry partner, Karen.  They have three children who have served with them in ministry, and nine grandchildren.