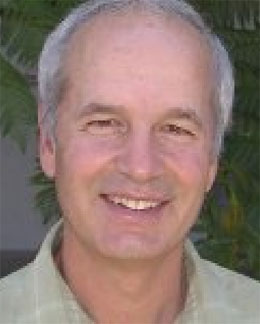 Mike Yorkey has been collaborating with a variety of personalities for more than 15 years.

• Alive & Kicking: The Rolf Benirschke Story (Firefly Press, 1996) Rolf was a placekicker with the San Diego Chargers from 1977-86, and this book tells the remarkable story of how he nearly died from ulcerative colitis and the removal of his colon. This self-published book has more than 60,000 copies in print.

• The Essentials of Highly Healthy Teens (Zondervan, 2005)
by Walt Larimore, M.D.
This 110,000 word book informs parents of how puberty changes young children into young adults, among other things.

• My Big Fat Greek Miracle (Thomas Nelson, 2004)
by Nick Yphantides, M.D.
Dr. Nick weighed 467 pounds before embarking on a lifestyle change that prompted the loss of 270 pounds - all done without gastric bypass surgery.

• Fit Over 40 for Dummies (IDG Books, 2000). Mike wrote this "Dummies" fitness book for Betsy McCormack, a former professional tennis player in her forties.

• How to Be Happy Though Married (revised version, Tyndale, 2002) by Tim and Beverly LaHaye

• Every Man's Battle: Winning the War Against Male Sexual Temptation One Victory at a Time (WaterBrook Press, 2000)
by Steve Arterburn and Fred Stoeker.
This book has sold more than 1 million copies.

• Preparing Your Son for Every Man's Battle (WaterBrook, 2003) by Steve Arterburn and Fred Stoeker

• Every Man's Challenge (WaterBrook, 2004)
by Steve Arterburn and Fred Stoeker

• Every Heart Restored (WaterBrook, 2004)
by Fred and Brenda Stoeker

• Unglued & Tattooed: How to Save Your Teen from Raves, Ritalin, Goth, Body Carving, GHB, Sex, and 12 Other Emerging Threats (Regnery LifeLine, 2001) with Sara Trollinger

• Unglued, Tatooed & Renewed: Compelling Stories from Teens Whose Lives Have Been Changed (House of Hope Press, 2003) with Sara Trollinger

• Up, Up and Away: The Story of Marilyn McCoo and Billy Davis, Jr. of the Sixties Music Group, The Fifth Dimension (Moody, 2004)

• Double Fault: The Roscoe Tanner Story by Roscoe Tanner (Triumph Books, 2005). This book is about a prodigal son in tennis shorts who landed in jail for non-payment of debts and child support.

• Called Up (Zondervan, 2004) by Dave Dravecky. This book is filled with interesting stories and observations about baseball.

• Play Ball (Countryman, 2001). Mike wrote this baseball devotional book for Dave Dravecky, who lost his pitching arm to cancer more than 10 years ago.

• In His Court (Countryman, 2001). This book is a tennis devotional written for Betsy McCormack, a former professional tennis player.

• The First Tee Shot: How to Infect Your Kids with Golf (Broadman & Holman, 2004) by Wally Armstrong