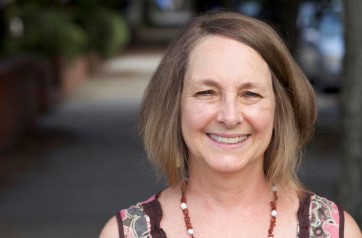 Linda MacKillop is a novelist and creative non-fiction writer whose work has appeared in numerous books and journals. Her debut novel, Try Again Farm, will be released by Kregel Publications in 2021. Her children’s writing has appeared in The Bible Almanac for Kids and The Amazing Bible Factbook. She loves writing essays about the ordinary and hard in life. Those essays have appeared in literary journals, including Under the Sun, and Relief Journal. She earned her M.F.A. in Creative Writing at the Rainier Writing Workshop in Tacoma, Washington. As the parents of four grown sons, she and her husband now live in an empty nest outside of Chicago. She blogs at lindamackillop.com.