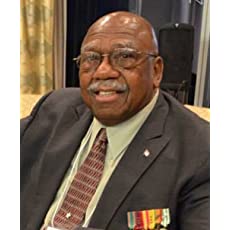 Charles Person is one of two remaining original Freedom Riders of 1961. He became a Freedom Rider following his participation in the Atlanta Student Movement, a student-led successful effort to desegregate Atlanta restaurants and lunch counters. Person’s activism put him in jail for 16 days– 10 of them in solitary confinement.

In May, 1961, thirteen Freedom Riders–7 Back, 6 White– sought to travel from Washington, D.C. to New Orleans. They were testing a then-recent Supreme Court decision declaring segregation in interstate travel unconstitutional. The Riders were violently assaulted on Mother’s Day by multiple mobs determined to maintain white supremacy. This attempt to stop the Riders brought hundreds more Riders to the South to challenge and defeat Jim Crow.

Following the Ride, Person joined the United States Marines serving the country for 20 years in Cuba during the Cuban Missile Crisis and in Vietnam as one of the earliest Marines to land there in 1965.

In his memoir, Person seeks to tell his perspective of the freedom fight and honor his fellow Freedom Riders for their courage and sacrifice to make this nation a better place for all.

Person and his wife Jo Etta live in Atlanta, Georgia.. Charles would rather spend an evening sipping on a cup of coffee while eating homemade bread and listening to jazz, than eating at an upscale restaurant.