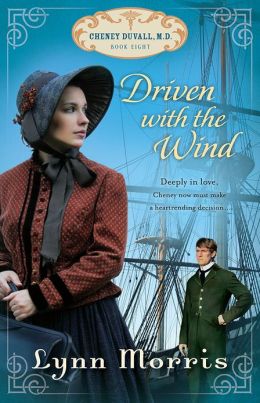 Driven With The Wind

In this final installment of the Cheney Duvall series, the day that Cheney has both feared and hoped for arrives: Shiloh proposes. Her answer, however, can only be a refusal. Shiloh is not a believer, and he grows bitter over her rejection. Cheney, meanwhile, is devastated that she has allowed herself to fall so fully in love with him. The two are “wavering, driven with the wind.” . . .

When they arrive in New York, the couple discovers that close friends are having second thoughts about their own marriage. Like Cheney and Shiloh, they struggle to solve their problems. A revengeful plan that could ruin Cheney’s reputation and medical practice is the final trial that draw them into the arms of the Lord.