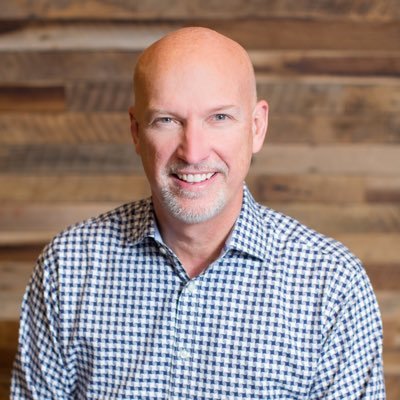 Steve started his career in the business world, first opening three restaurants and franchising two others. He also was part owner and operator of a radio station, which soon became a Christian radio station. His third business investment was to open a financial planning firm, as well as a commodity trading group. Although he loved the business world, he sensed God calling him into full-time ministry.

Steve’s background in business gives him a distinctive understanding and heart for professionals. Under his leadership, Northview Church has grown from one campus, in Carmel, Ind., to thirteen campuses throughout Central Indiana. In 2018 Steve received an honorary Doctorate from Taylor University.

Known to his friends and colleagues as a leader, teacher and visionary, Steve has served for 21 years as Lead Pastor of Northview Church. Under his leadership, the church has grown from 500 to over 12,000 in attendance.

Steve and his wife, Sandy, whom he refers to as “his best friend,” enjoy traveling together and going to movies. They love to spend time with their two children and their spouses: Ryan (Shannon) and Jenni (Andy), and their seven grandchildren: Jake, Emily, Desi, Lauren, Jillian, Claira, and Griffin!