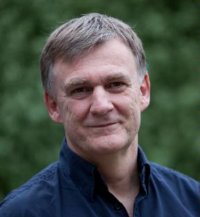 Steve Addison has been a life-long student of movements that renew and expand the Christian faith. Steve distills the characteristics of dynamic movements and makes them available to leaders committed to the multiplication of disciple-making churches.

Steve began his research into Christian movements in the late 1980s while serving as a church planter in Melbourne, Australia. He carried that interest into his Doctor of Ministry with Fuller Seminary.

Steve’s partner in marriage and ministry is Michelle. Together they have four children and one dog and live in Melbourne, Australia. Steve loves walking, historical novels, Shakespeare, anything written by G K Chesterton or C S Lewis, Sunday afternoon naps, watching Australia beat the Poms at cricket, and supporting the Collingwood Football Club.

He’s the author of Movements That Changed the World and What Jesus Started.

WEBSITEBLOGTWITTER
BOOKS BY THIS AUTHOR