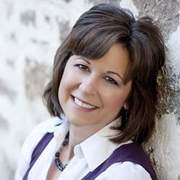 Mindy Ferguson is a national retreat and conference speaker who passionately encourages women to live for Christ. She is the President and founder of Fruitful Word Ministries and the author of three books, including Hugs Bible Reflections for Women, published by Simon and Schuster-Christian. Mindy is a frequent guest on radio programs and has contributed to national magazines such as Christianity Today’s Kyria.com and P31 Woman magazine. Her writings have appeared in popular books such as Chicken Soup for the Mother of Preschooler’s Soul and the One Year Life Verse Devotional. Mindy also writes the Eyewitness Bible Study series for AMG Publishers.

Mindy enjoys serving on the Women’s Ministry leadership for her home church and working alongside her husband of twenty-five years as treasurer for their family business. Her greatest joy is spending time with her husband and two adult children.