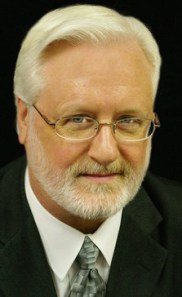 Michael O’Donnell, Ph.D. is a former Senior Fellow of Family Studies for the Focus on the Family Institute; he has been a clinical pastoral counselor on staff of one of the largest churches in Colorado since 2004, eventually being appointed interim Senior Pastor in 2007. During that time, he also served as the Clinical Coordinator of Graduate Practicum and Internships for Colorado Christian University and was appointed an adjunct graduate professor of counseling for their Colorado Springs campus.

An alumnus of Kansas State University with a Ph.D., his books have been the focus of numerous radio, TV, and print features, such as: CNN Evening News, 60 Minutes, 48 Hours, the PBS award-winning Lehrer News Hour, USA Today, Better Homes and Gardens, Jet, and the ABC nationally-syndicated radio program, The Best of Our Knowledge. He was also invited to be a contributing scholar to the Encyclopedia of Contemporary Social Issues published by Cavendish Corporation in association with Salem Press and Initiatives for Families for the National Council on Family Relations press.

He is a much sought after public speaker and has reached an audience of over one million through his numerous radio and TV appearances and an equal number through print and Internet feature articles via Associated Press and Cox News Service.