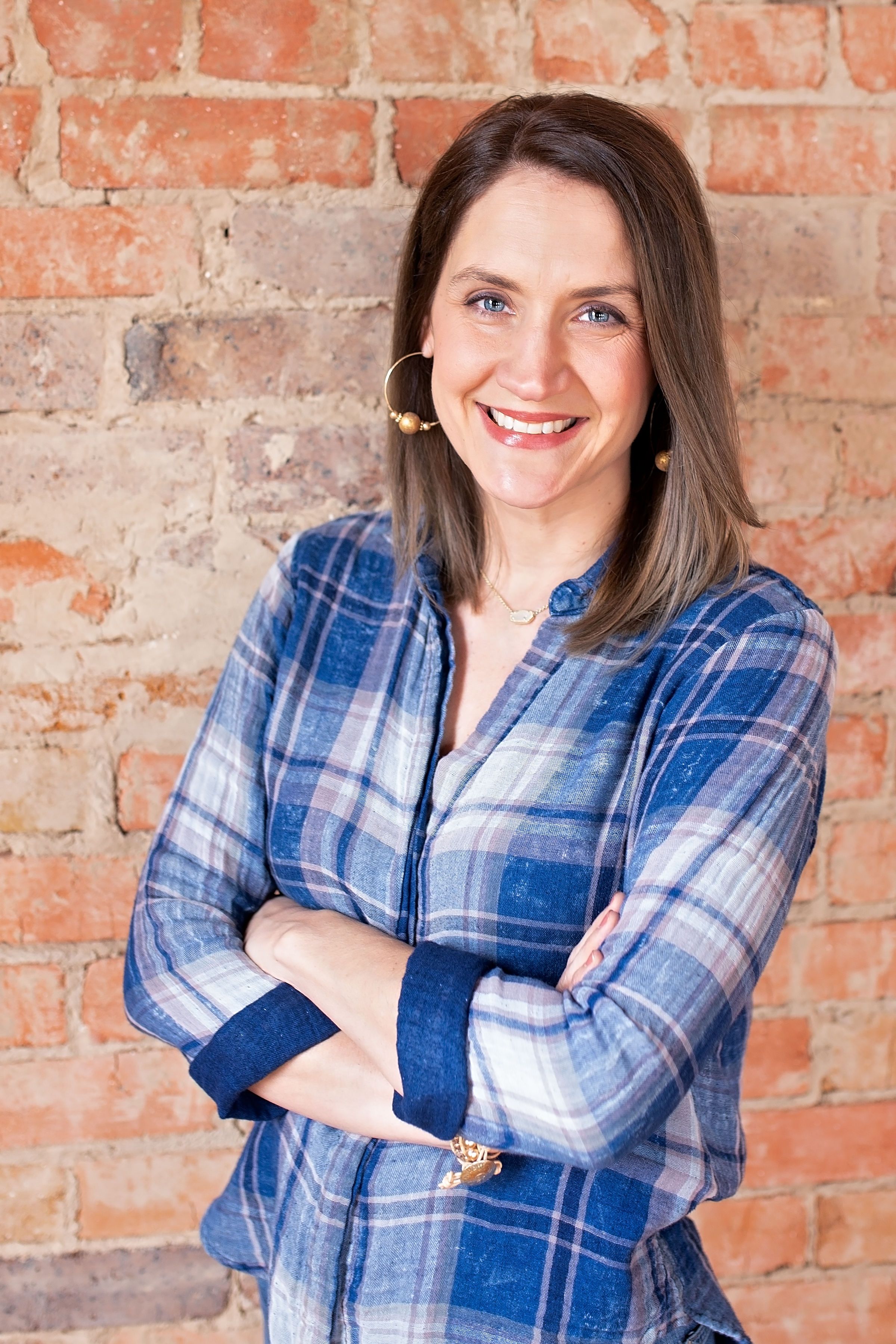 Katy McCown is wife to former NFL quarterback, Luke McCown, a writer for Proverbs 31 Ministries, a national speaker, and President of She Laughs Ministries. She’s been described as real, transparent, practical and funny, and she seeks to equip and empower women to walk in the firmly established steps the LORD lays out for them, even if everything else feels shaky.

Katy left her job as a television news reporter to join her husband, Luke, on their adventure in the National Football League. During their 13 years in the NFL they moved more than a dozen times as Luke played on 6 different teams, primarily as a backup quarterback. Through all of the uncertainties and surprises, Katy has learned some secrets about living sure even when the future is not, because even when God’s path seemed to sideline her plans, it never sidelined her purpose.

Luke and Katy have 6 children ranging in age from kindergartener to teenager … plus 2 puppies and a cat (who they are pretty sure thinks he’s a dog). You can find her at http://katymccown.com/.

Katy’s first book, She Laughs Without Fear of the Future, a five-week Bible study, will publish with David C Cook in early 2021.