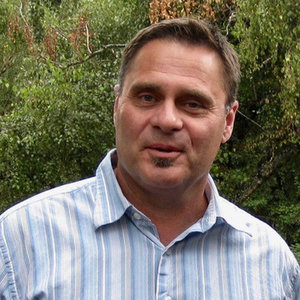 Glenn Schroder has been part of the Vineyard movement since 1976 when he started attending a little home group in Yorba Linda California that eventually became the Anaheim Vineyard. He and his wife Donna had the opportunity to travel with John Wimber and Lonnie Frisbee on several early ministry trips including spending 2 months in Johannesburg South Africa in 1982 to help plant the first Vineyard Church in Africa.

Glenn served as the youth and young adults pastor in Anaheim from 1984-1996 and helped to organize and lead the early Doin’ the Stuff National Youth Conferences and launched a young adult congregation within Anaheim Vineyard called The 8’0clock Service. He also led the Vineyard Youth Ministry Task Force from 1998-2006. In 1996 he and Donna were sent out to plant Cascade Vineyard, where they have pastored since. Glenn also serves with Vineyard Missions as the regional coordinator for Mexico and Central America. He and Donna have 4 adult children and 5 grandchildren, all of whom live in the Portland area. He is an avid reader, enjoys kayaking with Donna, Blazer basketball and loves to cook, especially if it involves fire and meat.