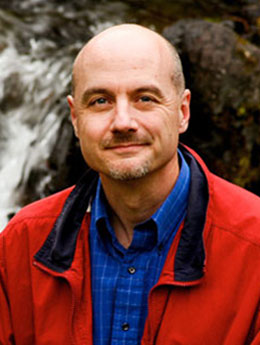 David Murrow is director of Church for Men, an organization dedicated to restoring a healthy, life-giving masculine spirit in Christian congregations. He is the author of Why Men Hate Going to Church (Thomas Nelson Publishers). The book has been firmly planted in the top 1 percent at Amazon.com since its release in March 2005. His book has been reviewed in newspapers such as the Wall Street Journal, the Washington Post, the New York Times and many others. He’s spoken about the gender gap on the “NBC Nightly News,” Fox News Channel and PBS. He’s a frequent guest on Christian TV and radio programs, and a contributor to several Christian magazines, both print and online.

A sought-after speaker, Murrow delivered the keynote address for the National Coalition of Men’s Ministries, Presbyterian Men, and Lutheran Men in Mission, to name a few. He’s recently begun writing and speaking for Promise Keepers. His presentations are fast-paced, informative and funny. Expect to laugh – a lot! He builds his presentations on humorous photos, unforgettable illlustrations and dramatic re-enactments of the things that drive men crazy about church. “My men’s weekends are designed to get guys talking around tables, instead of just listening to me teach,” he says.

Murrow spent twenty years honing his skills as a communicator, producing and writing award-winning television documentaries, commercials and specials. He’s contributed material to Discovery Channel, NBC, ABC, CBS, Food Network, Travel Channel, Dr. Phil, The Miss America Pageant and many others. Murrow has a degree in Anthropology from Baylor University. He’s a layman who’s served as an elder in the Presbyterian Church (USA). He’s married with three children. David and his family spend their summers in Chugiak, Alaska and their winters in Conroe, Texas.