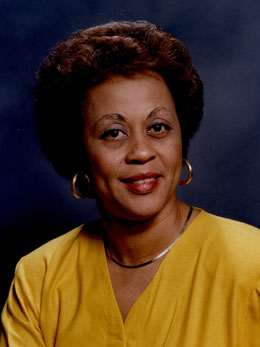 A life long member of the Sixteenth Street Baptist Church in Birmingham, Alabama, Carolyn was present on September 15, 1963, when white racists bombed the Church. Carolyn’s four young friends were killed. As a teenager, Carolyn felt her “calling” by attending the mass meetings and rallies at the Sixteenth Street Baptist Church. She was among thousands of students hosed by firemen during the 1963 marches. She survived a second bomb explosion that destroyed a large portion of her home in 1964. An “authentic child of the movement,” Carolyn believes that God spared her life on September 15, 1963 so that she could continue to live in service to others.

Carolyn has shared her experiences with the History and Discovery Channels; The Faith & Politics Institute and The U.S. States Memorial Holocaust Museum (both of Washington, D.C.); The Frist Center of Nashville, Tennessee; CNN; BBC; MSNBC; Life Magazine; “The Oprah Winfrey Show”; national and local Public Radio; and numerous other organizations and academic institutions. Recent invitations include New Delhi, India; Rome, Italy (The Italian Baptist Evangelical Union in celebration of their annual international Martin Luther King memorial holiday); The Ramaz School (Jewish) in New York; The Children’s Defense Fund at Haley Farm (Clinton, Tennessee); Carlsbad, New Mexico and the Aspen Institute in Colorado. Carolyn was also a consultant and participant in the Spike Lee HBO documentary “Four Little Girls,” the Hallmark television movie “Sins of the Father” (as told by the son of Bob Cherry, one of those convicted of the bombing), and “We Shall Not Be Moved” – (a documentary of selected churches that opened their doors to the Civil Rights Movement in the ‘sixties), and the HBO Grammy winning “Children’s March.” Carolyn was also a subpoenaed witness in the 2002 trial of Bob Cherry, who was one of the three men subsequently convicted of the 1963 church bombing.

Carolyn recently authored a memoir titled While the World Watched, published by Tyndale Publishers in February 2011. The book details her life growing up in Birmingham, as well as the lessons she learned from her experiences and involvement in the Birmingham Civil Rights Movement of the ‘sixties. The book also serves as a tool for Carolyn’s ongoing international and national travel and work in the ministry of reconciliation and forgiveness.

Carolyn is a native of Birmingham, Alabama and was educated in its public schools. She is a graduate of Fisk University in Nashville, Tennessee; has done graduate studies at the University of Alabama in Birmingham; and received a Master of Divinity Degree from Samford University’s Beeson Divinity School. She spends much of her time lecturing to young people, public and private educators and institutions about her experiences of the ‘sixties, making them relevant to today’s environment.