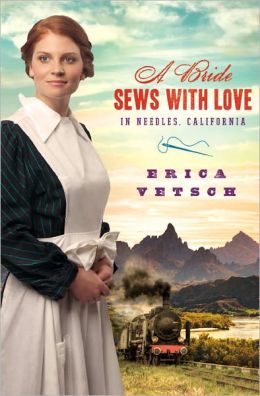 A Bride Sews With Love In Needles, California

When her brother is injured fighting in France, Meghan enlists her fellow Harvey Girl waitresses to sew a Red Cross signature quilt to raise money for wounded doughboys. Local horse breeder Caleb McBride longs to join the battle, but the army won’t take him. Because he has kept his shameful infirmity a secret, the townsfolk have labeled him a coward and war profiteer. When Meghan uncovers his malady, her poor opinion of Caleb unravels. Can this beautiful seamstress find a way to mend his heart?