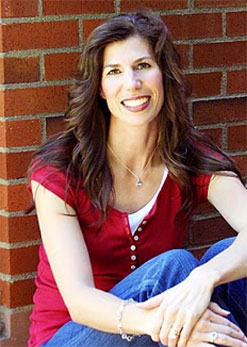 Sherri Sand is writer, wife and mother extraordinaire (when the children are sleeping peacefully, of course). The hats she wears tend to get juggled throughout the day, which often happens when one has a career, husband and four children to manage – and those children shot into her life in a mere four and a half years. Adding to the adventure, Sherri home schooled her three oldest children for several years.

Sherri attended Northwest Christian College for a year before transferring to the University of Oregon where she earned a degree in psychology. A voracious reader, Sherri grew up with a passion for books and writing. After a conversation with a friend about goals and lifelong dreams, she determined to fulfill a desire to write a book. She started attending writer’s conferences and joined a critique group. Four years later she received her first book contract. Leave it to Chance was pubished by David C. Cook in 2008.

Besides her love for writing, Sherri and her husband enjoy traveling. She has lived in Germany and traveled through such places as Portugal, France and Italy. She has a wealth of paternal relatives in Canada and is in awe of the wonder of the northern lights. Sherri is also an avid runner (need to get those endorphins activated somehow) and loves racquetball.