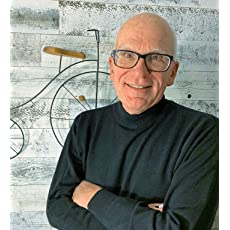 Richard’s debut work with Charles Person stems from a long friendship between the two. Richard enjoys studying the lives of courageous people. Meeting Freedom Riders and learning their stories encouraged Richard to journey with Charles Person through his story as an original Freedom Rider and help the courage, service, and sacrifice of one of our country’s heroes come to life in Buses Are a Comin’.

Richard grew up near Niagara Falls, New York, moved to Indiana for college at Purdue University and graduate school at Indiana University. He met his wife Nancy during his thirty-year career in education in Warsaw, Indiana. A National History Day project in middle school by his now adult son Zack connected Richard and Charles. Rooker consults as a writing coach.

Long-distance bike rides are a passion. He’d rather head out on a 1,000-mile bike ride with his wife than a 10-mile jaunt for exercise.