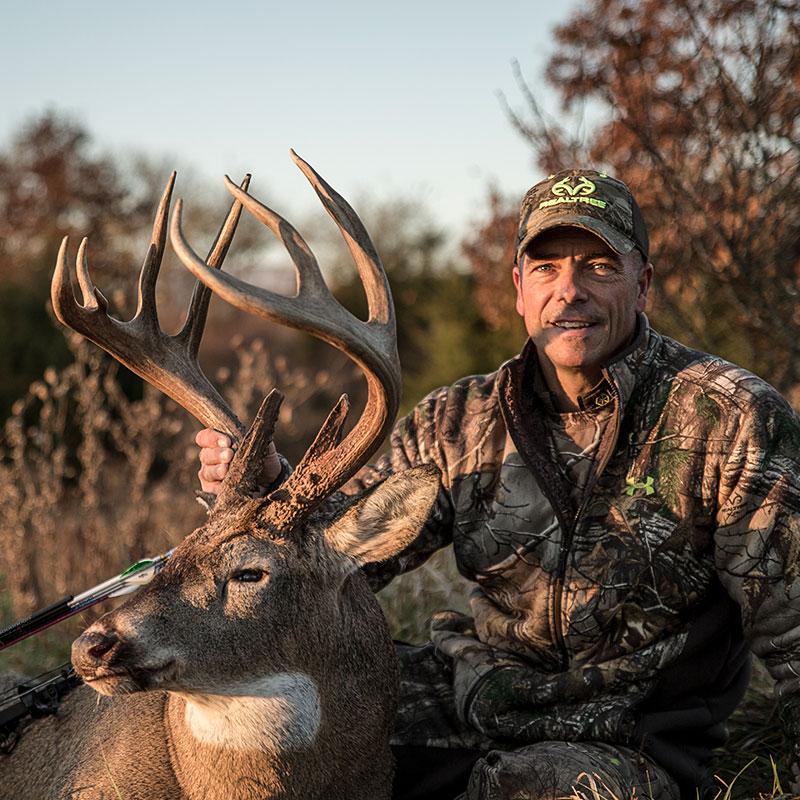 David Holder is founder and CEO of Raised Hunting TV, Raised At Full Draw, and Raised Outdoors. Raised Hunting is the parent company and tv series that currently airs on Discovery Channel. From 2014 to 2017, Raised Hunting aired on Outdoor Channel, the popular series earned Best Video Production for an outdoor series in 2014. Over the next three years, nine more award nominations were earned, including Best Deer and Best Cinematography. However, the best award, in David’s opinion is when he receives emails and calls from fans thanking him for keeping his Faith in God as his number one reason for any accomplishment.

David, being an avid bowhunter and outdoorsman from the early age of ten, loves spending every moment hunting or thinking about hunting. While serving the city of Great Falls, MT as a firefighter captain, David started his public speaking career by conducting seminars across the nation teaching Elk, Whitetail and Turkey calling as well as hunting techniques. After accumulating hundreds of archery kills on video, David retired from Firefighting in 2009 and turned his focus full time to producing high quality, heartfelt stories that inspire, motivate and teach the viewer a hunting message, life message or both.

David will tell you that although his passion is hunting, his true fulfillment comes from hunting and filming with his wife, Karin and their two sons, Warren and Easton. When Old Dan, the families’ English lab can come along, life could get no better.

In addition to Raised Hunting, David is the founder of Raised At Full Draw, a 501c3 non-profit organization that is focused on creating hunters for life. Through educational archery camps in multiple states, David and his team have certified hundreds of youth, women, and adults in Bowhunter Education.